If We Were Having Coffee, July 21st 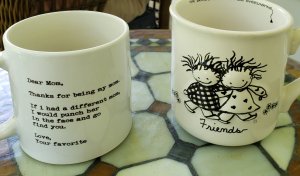 If we were having coffee today, July 21st, I’d invite you to sit on the patio with me. We’ve been having a heatwave with temperatures reaching 100+ but with my huge umbrella and a fan, it’s bearable. This week promises to bring more reasonable weather. I’d rather sit in this heat than take winter’s cold anyway. Would you?

If I had to summarize this summer with a single word, I’d say change. There are many things going on which I’ll address at a later date, but they are all positive transitions. My son is home. I’m not sure he’ll be here long, but it’s lovely to have him while I can. I’ve had to move my writing space from his old room to the porch and discovered that it is a refreshing place to do my work. Our porch had become a catchall over the years – a storage room to hold unused furniture and boxes. We recently reclaimed and refurbished it and it’s become one of my favorite spots in the house. It was the perfect spot to hold the food when we hosted a Fourth of July party and provides a cool spot that overlooks our flower gardens. We’ve spent more time out there this summer than anywhere else. 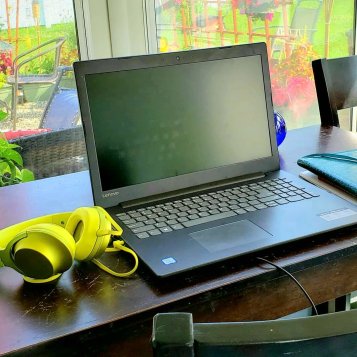 I’ve been focusing on bigger writing projects lately and haven’t posted as much to my blog as I should. If we were having coffee, I’d ask you how you balance multiple projects. I’m trying to get back on a more regular blogging schedule and hope to turn things around in the next month. I’ve also been reading a lot and between Audible and my TBR stack of books, I’ve spent entire days lost in other worlds. Is there anything better than getting lost in a good story? I’d ask if you were on Goodreads and suggest we follow each other. In addition, my husband has launched a hot sauce company and I’ve been busy helping with that. I’ve been taking pictures of hot sauce bottles and writing descriptions for the website I’m designing. We’re hoping it goes live soon. In the meanwhile, he’s been finding success selling his products at a local kitchen store. To say we’ve been busy is an understatement. 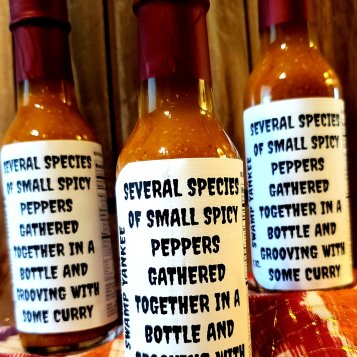 My sister lives in a much more rural part of Connecticut and when I visited her last weekend, we had a chance to walk her property and look at her gardens and fruit trees. It is such a beautiful area. As we sat trying to escape the heat, I’d ask if you prefer to live near the city or out in the country. Mark and I tried country living for a few months, but quickly discovered it was not for us. I love being able to walk downtown or to the boardwalk on the ocean in a matter of minutes. My sister is well-suited to the country with its wide open spaces, a place where her chickens can roam, and the stars are crystal clear at night. Me? I’m afraid of the creatures near her house… coyotes, bobcats, bears…no, thank you. I’m definitely more of a city girl. 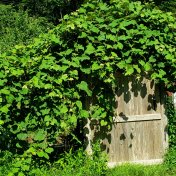 Before we ended our visit, I’d share just a little bit of a short story I’m working on. I have a good idea of where it’s going and am pleased with the progress I’m making. Here, have a peek at the opening scene and let me know what you think.

Most would have let it be. Untouched. A mausoleum. Instead, she’d removed any traces of him on that very first night. She hauled the single mattress down the stairs herself, swearing as it banged into the banister, snapping off one of the spindles. She filled oversized garbage bags with his clothes, not able to stand the thought of someone else wearing them. Glass glinted in the corner, the sunlight streaming through the blinds that hung haphazardly from their broken brackets, highlighting every facet. After she’d torn them down, she picked up the collection of shot glasses he’d accumulated from his many adventures and one by one, and threw them like a major league pitcher against the wall, watching as they exploded.

She never felt the chill of that November night as she stood in her backyard, watching flames dance in the bonfire she created. The covers of his books disappeared in the inferno as they burned. She added lighter fluid to his sheets, blankets, and pillows and watched the smoke curl around the edges. She took an ax to the old desk, the one that had stood by his window, and fed its splintered wood to the pile. It took hours to remove every last vestige of him, to remove any proof that he had existed, and when she was done, she laid down on the floor of the empty room and slept.

I hope you enjoyed our visit and find a cool spot to escape this heat. Until next time…